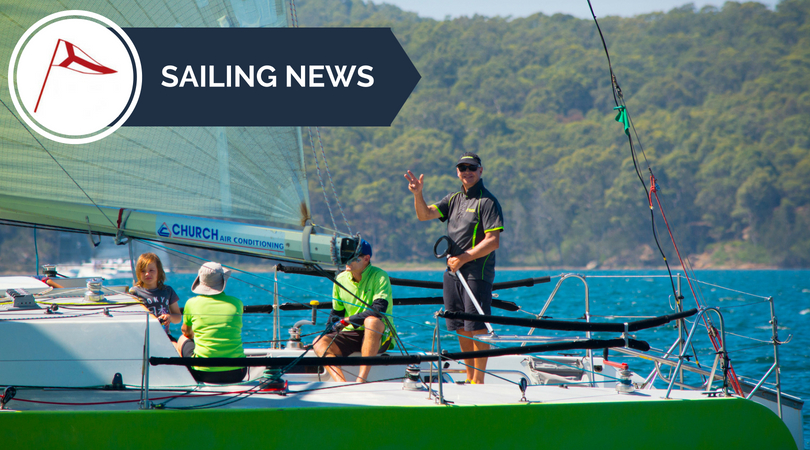 Posted at 05:57h in Sailing News by LMYC
Share

After ten races Morticia (Geoff Gardner) is leading on 42 points, from Dreadnaught (Ed Hillier) on 45 points and Dee One (Ken Buckingham) on 48 points on a countback from The Apple (Warren Hodgkins) also on 48 points. Good luck to all for the rest of the series and enjoy the sailing as the days start to get warmer.

The new season is underway, but mother nature didn’t cooperate on opening day with a very strong westerly. Due to the forecast, the annual open day sail past was postponed.  The Race Committee assessed the conditions, information from BOM and several other services, and it was clear that racing was not prudent. With the wind from the west at 25-30 knots gusting to 35 knots and the confused sea state around the marina we were very concerned about the safety of all competitors, our race officials and ferrying sailors to boats moored in the bay.

We have 49 boats nominated for the 2019/20 summer season. Division 1 has 14 boats, Division 2 has 16 boats and Division 3 has 19 boats. Thanks to all the boats who nominated and good luck for the season. A big thank you to Ken Semple and Phil Blanch who have re-handicapped the whole lake fleet this year. The work that Ken and Phill do every year to ensure we have fair and competitive racing is critical to ongoing yacht racing on Lake Macquarie.

We are in our 90th season of racing this summer season we have a great program planned.

We will have celebratory races on Wednesday 9 October, Friday 11th October and Saturday 12th October. We will also have the official opening of the new club at 11am on 12th October followed by the sail past.  We will be doing a Pulbah race on the 12th, and we have invited other clubs on the lake to join us, and we expect a big fleet. The club has kindly provided some additional prize money of $500 per Division. The restaurant will not be taking bookings on that night, and we encourage all crews to have a meal after sailing and celebrate 90 great years of LMYC.

There are several changes in the White Book, so PLEASE take the time to read it.

Where are our Sailors?

Chris Villa and Mark Holmes are currently competing in the Flying 15 World Championship in Ireland and after five races they are 23rd out of 56 boats. I am sure that they will both be enjoying some fine Irish hospitality!!

If you are going anywhere sailing, let me know, and I will make mention in this Newsletter.