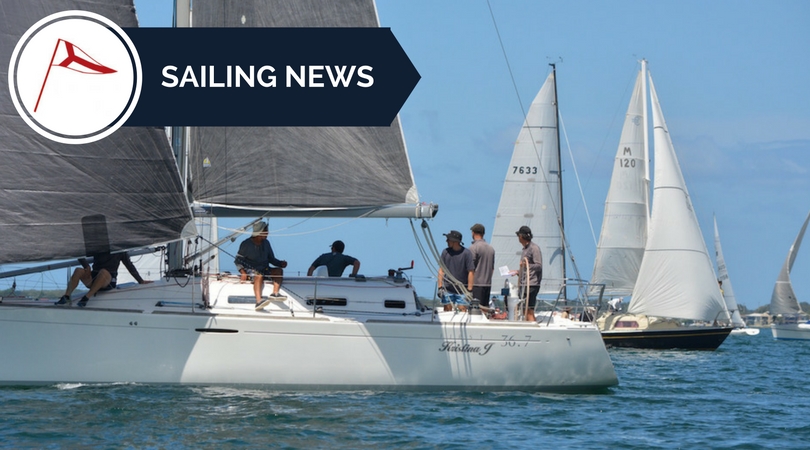 Posted at 05:46h in Sailing News by LMYC
Share

Sorry I missed a newsletter, I have been away.

Last newsletter we had just returned from the Christmas break and here we are already checking off the completing the mini-series. February is such a full-on month for sailing at LMYC. We have had, on the Aust Day weekend, the Adams 10’s national regatta, the final of the Windward-leeward series, first day of the LMYC Lakefest Regatta, The Accountants day race, and coming up, Heaven Can Wait 24 hour race and the final day of the LMYC Lakefest regatta.

The Coastal Shipwright Services Windward-Leeward series is now completed. It was decided on only four races as day two was abandoned due to no breeze. Our final day had good strength breeze, ranging from 12 to 15 knots although swung quite a bit during the afternoon. Not the best for Windward-Leeward but that’s sailing, you have to do the best you can with the conditions you have.

Congratulations to our winners:

Div 1: Very close results with only 1 point separating 1st & 3rd. Squid4Woodsy, Steve Liddell first on the podium with 12 points. Ian & Rob Humphries in Rhumb also on 12 points in second with Anthony Patterson in Tow Truck picking up third only one point ahead of Fathom.

Div 2: A little more points spread across the placing here with Stampede, John Lattimore and Michael, taking firs place on 21 points from John Anderson in The Real Thing on 26.5 and Hijinx, Bruce McKensey on 28 points.

Div 3: Echo Beach, Phillip Mathews, first one point ahead of Scott Hamilton in Pogue Mahone, 12 points, with Even Keel, Peter Shaddock filling the remaining place on the podium on 18 points.

Well done all. No racing out of LMYC this weekend with LMYC supporting RMYCT in the Heaven Can Wait Lakefest regatta. Back at LMYC the following Saturday, March 2, for the final day of LMYC Lakefest Regatta and race 5 of the RKR series.

We have been getting consistent entries of between 20 and 26 entries across both divisions over the last few weeks, with regulars being rewarded with standings on the poinstscore ladder.

Div 1 Squid4Woodsy , Steve Liddell has jumped to the lead ahead of Dreadnaught , Ed Hillier, with  Xstatic , Len Lavers in 3rd place.

Div 2 The Apple, Warren Hodgkins, on 35 leads Wedgewood, Roger Geary, on38 with Young N Old, Cyril Picasso, on 42.5 points. The ever consistent Dave Kelty is pushing the leaders, and especially Cyril along also on 42.5 points, so there is no room for complacency in Div 2.

We have, mostly, been attracting around 20 entries for our Friday twilight racing over the last few weeks with the exception of Friday 1 Feb which was not a pleasant night. Being race 4 of the Hillier’s Financial Advisors Lady Skipper series we did have a fairly good turn-up considering the weather.

Well Jayne Sherratt, Liaison, did it again with another race win making it four bullets in a row and all of the races so far. I feel safe in saying that she has it in the bag!

There is still one race to go and included in the series is one drop so there is still a battle for the minor places. Dreadnaught, Lauren Brown, in 2nd place on 14 with Aruna, Sandy Murray, and So Farr, Natalie Butterworth both on 24 points. The final race in the series will be Friday 8 March and I look forward to seeing the battle for the minor places take place. Will Jayne be able to make it a clean sheet?

The first round of the LMYC Lakefest regatta was held last Saturday with two windward-Leeward races.

I think it is significant to note, I could be wrong, This was the first time that the three major yacht clubs in this part of the lake combined to run the racing. With well over 50 yachts across three division running all divisions on one course would have been a nightmare for the starters and most likely carnage on the water. RMYCT and WASC assisted in running the racces with each division having its own race course area controlled by their own race control. I won’t say it went without a few bugs but I understand that generally it was quite successful.

The 2019 LMYC-NCYC Friendship Cup was run Sunday 10 February at LMYC. Previously the Friendship Cup has been run in conjuntion with the Offshore series but with the Swansea channel being too shallow over previous years, last year’s challenge was abandonned. NCYC and LMYC sailing committees, along with suggestions from a few of our sailors from both clubs, have worked out an alternative challenge. Using the NCYC’s Force 24’s we held a teams race format.

NCYC towed their force 24’s down the coast for the challenge and are keeping them at LMYC for a couple of weeks doing sail training.

Close racing right through the regatta with final results LMYC on 36 points with NCYC on 56 points. The two LMYC finished with equal points in 1st and 2nd position.

On the Australia Day long Weekend LMYC hosted the National championship for the Adam 10’s. The regatta was well attended with seven boats from the lake competing.

All reports back from the Class were positive regarding the venue, race control and organisation.

Unfortunatley we have not retained the Adams 10 national trophy.

Melges 25’s  will be holding bot their State and national titles at LMYC in March from 9th to 15th. The Melges always provide quite a spectical on Belmont Bay and I look forward to seeing them all flying around the lake.

55 boats, including the current National Champion, competed in the 2019 NSW Sabot States over two rounds. Following the final round, congratulations goes to Cameron Burt taking the Sabot State championship series and bringing the trophy back to LMYC. Cameron was not alone on the podium with fellow LMYC Junior Darcy Jones taking 2nd place.

Also of significance, and sailors to watch, new sailors Sabastia, and Christopher Spensor finished 18th & 25th in their first regatta. The future of LMYC juniors is looking quite bright.

Along with the Sabot states, a number of our juniors swapped boats to race in the Flying 11’s National championship at Port Stephens as part of the Belmont 16’s contingent with Darby Jones finishing 13th overall. 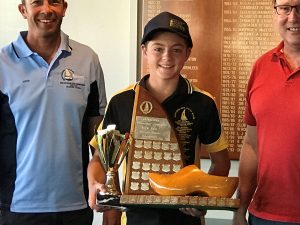