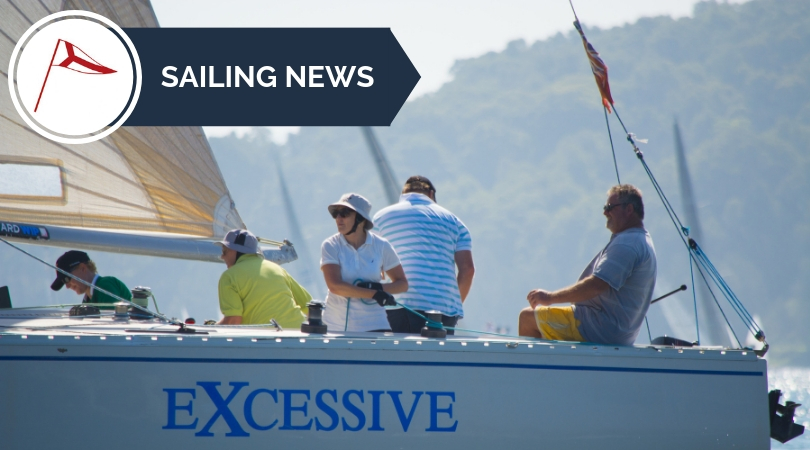 Posted at 03:46h in Sailing News by LMYC
Share

Racing at LMYC has been quiet on Saturdays over the Christmas break with the two sweepstake races abandoned due to not enough numbers. Both days the weather was not that kind to sailing. Lets hope we get better weather from here on.

Our first Pointscore race back will be the BuyABoat Bay Series race #4.

I look forward to seeing you all out on the bay and back in the club afterwards.

We may have been quiet on Saturdays but on Wednesdays….

Only Wednesday missed was Boxing day. No racing was scheduled.

Just before Christmas the Summer Series #1 was completed, Congratulations to all:

Div 1 was a photo finish with the winner of the final race being awarded the series win on countback. Excessive, Dave Nichols, leapfrogging to first on the podium with Willpower, Noel Jenkins, taking second with Mortica, Geoff Gardner filling the remaining place in third.

Almost as close in Div 2 with one point between each of the place getters. Young N Old, Cyril Picasso, 1st Scaramouche, John and Anne Skillicorn, 2nd and Mirage, Dave Kelty, 3rd in division.

Friday Nights: Although numbers have been down a little over the last weeks, those who have sailed have enjoyed reasonable breezes in general.

The third race of the Lady Skipper series is on this Friday 11th January.

Good luck to all the ladies this week.

Lakefest will be on us shorthly. The LMYC Lakefest regatta on Staurday 16 February and Saturday 2 March.

This year the regatta forms part of our yearly pointscore with the first day being two Windward-Leeward races and the second Saturday being an RKR race. If you are not entered in the yearly pointscore you can still enter the Lakefest Regatta. NOR and sailing instructions will be out soon. Please note that due to the expected numbers, for the windward-leewards each Division will be racing in separate areas on the lake. WASC and RMYCT will be assisting LMYC by each running one of the divisions.

On the weekend between RMYC Toronto will again be hosting the ‘Heaven Can Wait regatta’ comprising a one lap dah, 12 hr race and the 24 hr race.

On Friday 1 March the Friday Twilight race will be held by WASC as part of Lakefest.

Planning is well underway for this years Friendship Cup with NCYC.

NCYC are bringing their Force 24s to be used in the challenge.

I call for expressions of interest from LMYC sailors to be part of this competition.

It is envisioned that Skippers and crew will be selected to represent LMYC in this challenge.

Date and racing details are yet to be worked out but should be held in February-March.

There are four of yachts so will be looking for two teams of four crew from LMYC. They do not need to be currently racing on Saturdays to be eligible.

I encourage all to put forward our sailors for this challenge. Sailors do not need to be boat owners or even skippers but will need to be sailing members. More details to be posted soon.

Adams 10s will be holding the nationals at LMYC on the Australia Day long weekend.

I expect that there will be a few of our Adams entered and hopfully can retain the trophy at LMYC this year.

Melges 25’s  will be holding both their State and national titles at LMYC in March from 9th to 15th. The Melges always provide quite a spectical on Belmont Bay and I look forward to seeing them all flying around the lake.

Although we were quiet on the lake our sailors were busy elsewhere.

Chris Villa and Mark Holmes competed in the nations championship for the flying fifteens. This was also a qualifying event for the worlds. Mark and Chris, sailing Up Ship Creek, finished 16th and qualified 11th for the 2019 worlds to be held in Doublin Bay in September.

We did not have any LMYC registered yachts in the Sydney to Hobart this year we did have a few of our sailors racing. I know of a few and expect that I may not have the full list but here we go:

Ralph Carlier on Papillon 1st across the line in division, 2nd IRC division;

Our junior sailors have been busy, and sucessful, attending the National Sabot Championships in Victoria. See below report on what our young guns have and will be upto in coming weeks.

Challenged by all kinds of weather conditions, the boys revelled in the light breeze and excelled in strong winds using all of their tactical skills to gain an advantage over their competitors, and the varying swell.  Across nine races the boys collected medals for 1st, 2nd or 3rd placings and maintained top positions with the chasing fleet not far behind.  As they battled out the final days with South Queensland, with only points between them, race 10 was called off due to a gale warning and 45 degree heat.

Our Juniors are now preparing for the 2019 Flying 11 National Championships at Port Stephens from 12 to 18 January.  In February, Darby and Bailey will attend the Emerging Talent Clinic with other local juniors Jamie Dobinson and Callum Marsh at LMYC (in conjunction with NCYC) on the Force 24 keelboats, before joining the Youth Keelboat Program during winter which is designed to develop our next generation of sailors in fleet and match racing.  Keep an eye out for our young guns on the water!