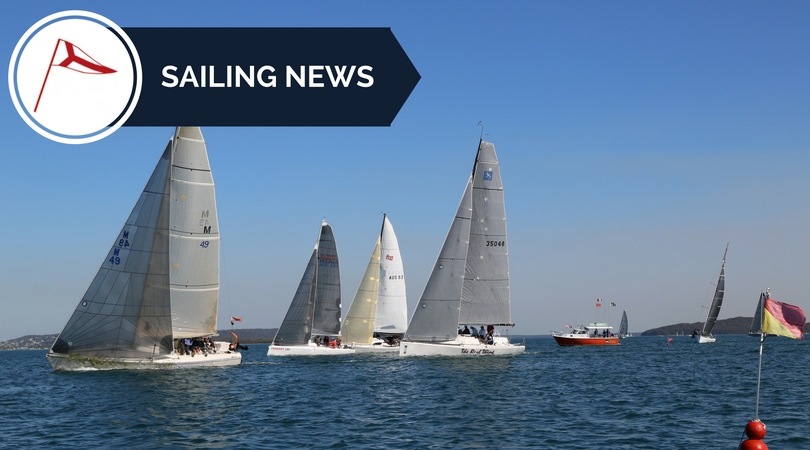 Posted at 05:08h in Sailing News by LMYC
Share

Only two weeks to go in our 2018-2019 sailing season. We will be holding a Boat owners / skippers meeting at 10:00 am on Saturday 6 April at the clubhouse. In preparation for that I will be sending out a survey that can be filled and returned if you are unable to attend and this survey will form the agenda of the meeting.

Along with the interclub challenge and the divisional results we also run an overall series. Congratulations to Scott Hamilton in Pogue Mahone 1st with 19 points, Greg Nolan and Tone Croese, Topaz 2nd with 46.5 points and John Lattimore and Michael McDonald in Stampede 3rd on 54.0 points.

The previous week was the final race in the Phillips Sails Pulbah series.

Div 1 was a very close result with only 1 point between the top 5 boats. Results were all decided on count back.

The last of our BUYABOAT Bay series races is this Saturday 23rd and finishing the Season on the 30th of March with the final NEWCASTLE SKIN CHECK Pursuit race.

As always there will be the post season celebrations with Crusoe’s On The Lake doing meat and gravy rolls after the racing for our sailors.

In Div 2 Warren Hodgkins on The Apple, has 11 points lead with David Kelty, Mirage, 2nd and John and Anne Skillicorn in Scaramouche filling the 3rd place on the ladder.

The Wednesday Winter Point-score and Sweepstake Series will commence on Wednesday 10th April when the two divisions of the Summer Series will change to one combined division. In line with this change each boat’s handicap will be reviewed, based on recent performance, and where appropriate adjusted to reflect the change to one division.

LMYC hosted both the NSW and National championship for the Melges 24s. Firstly I would like to thank our race officers for a job well done. They raced from 9 March right through to 15 March with only one day off.

Congratulations to LMYC sailors Tim Cummings, Skipper of Kraken 2nd in both Championships.

We will have ‘MISBEHAVE’ as entertainment. Tickets are $70 per person and are on sale at reception.

There may have been no Etchells class racing this season but that has not stopped our Etchell sailors. Congratulations go to Team Odyssey was presented the Grand Master Championship Trophy at the recent 2019 Etchells Victorian State Championship. Sailing with Skipper Jill Connell were elite sailors as crew Wade Morgan and Gordon Maguire. Wade is a many time Americas Cup sailor and Volvo Sailor. Gordon a multiple Volvo sailor. Wade and Gordon also crew together on Matt Allan’s Ichi Ban

Jill said “It was wonderful to be sailing with Wade & Gordon again in a well organized Championship. We particularly enjoyed breezes in the high 20 knots on Sunday, and when Odyssey was flying in gusts above 30 knots. Exhilarating”!