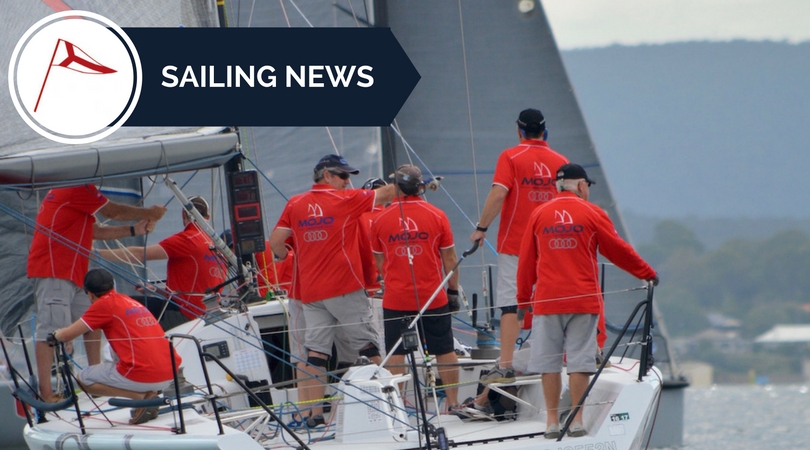 Posted at 03:45h in Sailing News by LMYC
Share

It has been quite busy racing over the last weekends.

May have only been one Pointscore race but with Lakefest on we also had the Heaven can Wait regatta on the first weekend, and LMYC sailors certainly performed well, and combined with the RKR last weekend was the final race of the LMYC Lakefest Regatta.

Also last week, but not in the lake, was the Sydney Harbour Regatta and LMYC was represented by She’s The Culprit, Cyril Picasso, and Backchat, Tom Braidwood.

I commented last week that we have started ticking off the final races in our mini-series. This Saturday sees the final race of the Pulbah series.

In Division 3 Echo Beach has sprinted away from the other with a 13 point lead to Pogue Mahone who has 4 points lead on Bindaroo.

In the LMYC Lakefest Regatta the year we included the heats as part of our yearly Pointscore for each of the lake clubs. This made for a much better racing with well over fifty boats competing.

As mentioned earlier, LMYC sailors and boats performed exceptionally with our Mulithulls scooping up all they could handle in the endurance races.

Garry Van Dijk sailing Tasha to first place in Div1 12 hour and 24 hour races as well as being first over all divisions.

Yes, we also had mono-hulls racing. In fact with Serine, Jeffrey Payne, finishing 3rd in the 24 hour race. LMYC also won the team event as the best performing club in the regatta.

We had two Lake Boats sail down to Sydney to compete in the Middle Harbour Yacht Club Sydney Harbour Regatta last week.

She’s The Culprit skippered by Cyril Picasso raced in Division 1 Performance finishing 2nd in the division. 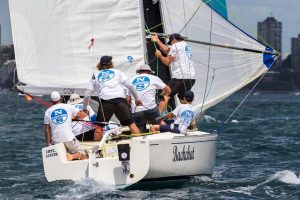 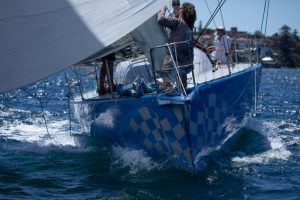 The Southerly hit with a vengeance yesterday catching quite a few of our Wednesday sailors with too much canvas. Gusting to 38 knots while all were across the bay saw many choosing to get their sails down and retire from the race. Only four div 1 boats finished with seven from division 2 finishing the race. The wind was so strong that at least one yacht had difficulty tacking around club mark and losing around 3 places before deciding to pack it in.

The final race of the Hillier’s Financial Advisors Lady Skipper series will be this Friday night. Jayne Sherratt, Liaison, having won all four races so far has it in the bag but there is still a battle for the minor places.

This coming week, from 9th to 15th March, The Melges 24’s will be holding both their State and national titles at LMYC in. The Melges always provide quite a spectical on Belmont Bay and I look forward to seeing them all flying around the lake.